ConnectALL saves and versions all the automations that you create and modify. The Load Version screen displays the versions (of automations) that you have created and provides the details such as ‘Modified By’ and ‘Modified by IP’ against an automation, as shown in the below image.

The Load Version feature allows you to load a particular version of an automation, enabling you to track the history of the changes/modifications in it.

You can also rollback your field mappings to a previous version if needed. Click on the version you'd like to rollback to, which will highlight that row in darker text. You can also confirm in the bottom-left which version you've selected. Click the Load button to load your older version, then navigate to Save Mapping. 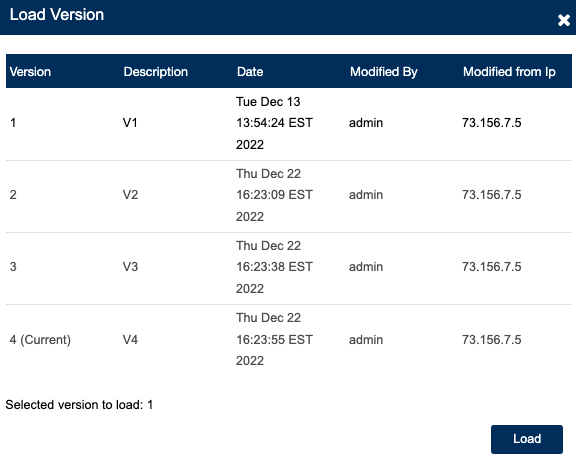