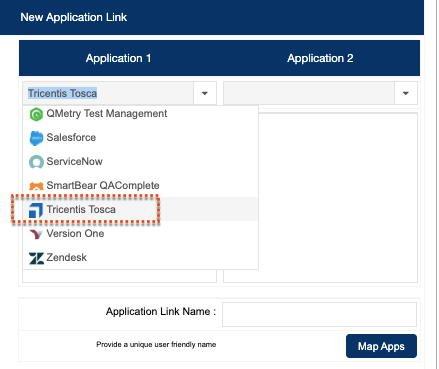 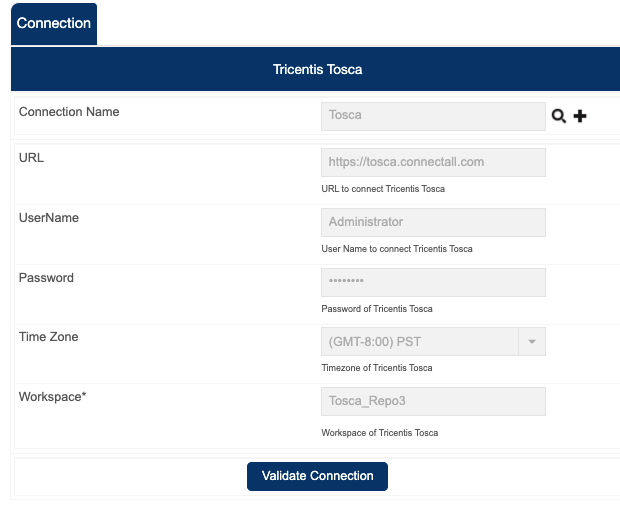 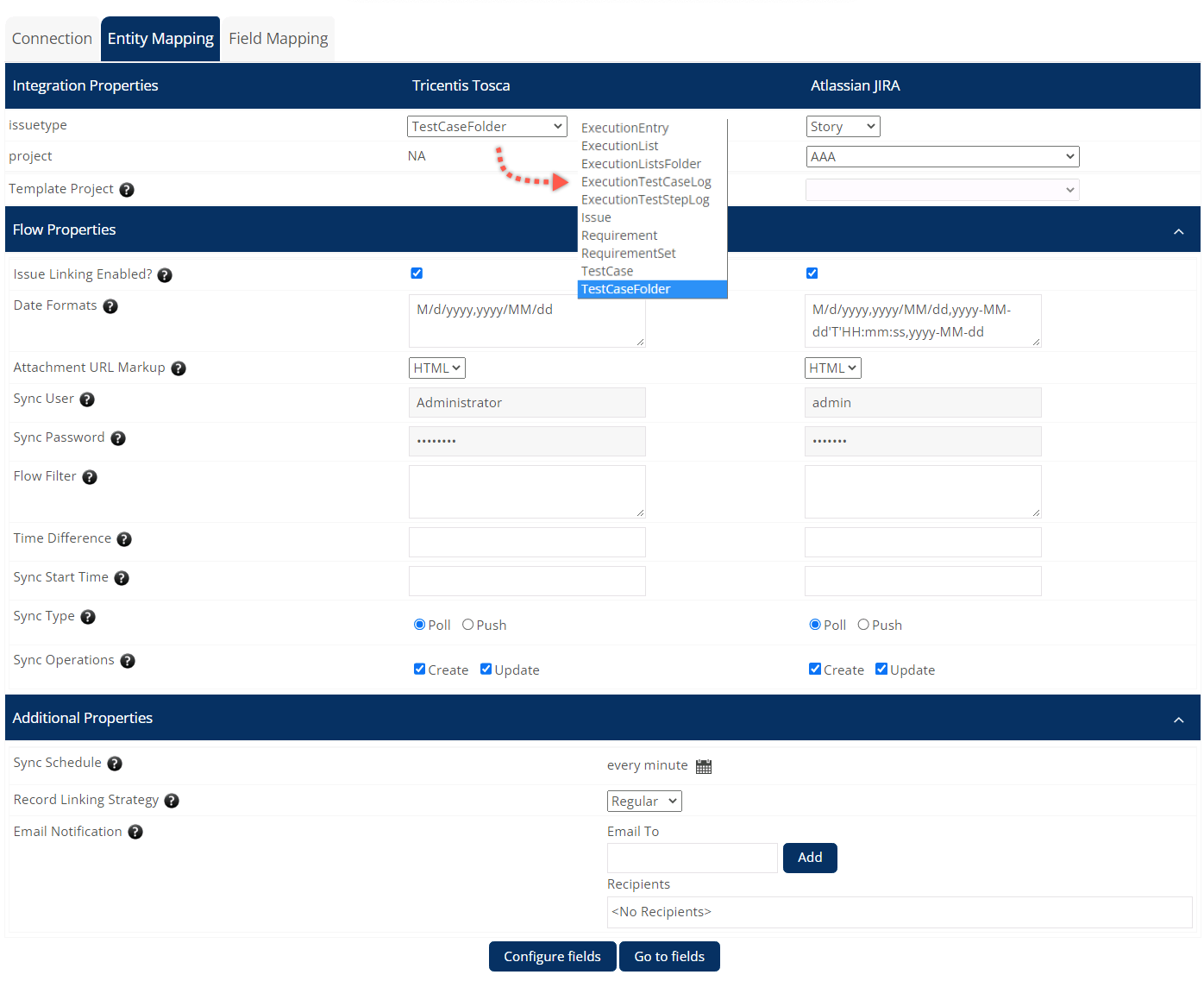 In this child automation, there is one more additional setting that you need to do. Click the cogwheel icon against the 'Parent' field that you have mapped. The Field Configuration screen will be displayed (right side image). Click Enable to select the Translate record Id option and select the tosca2jira automation (which is the parent automation). 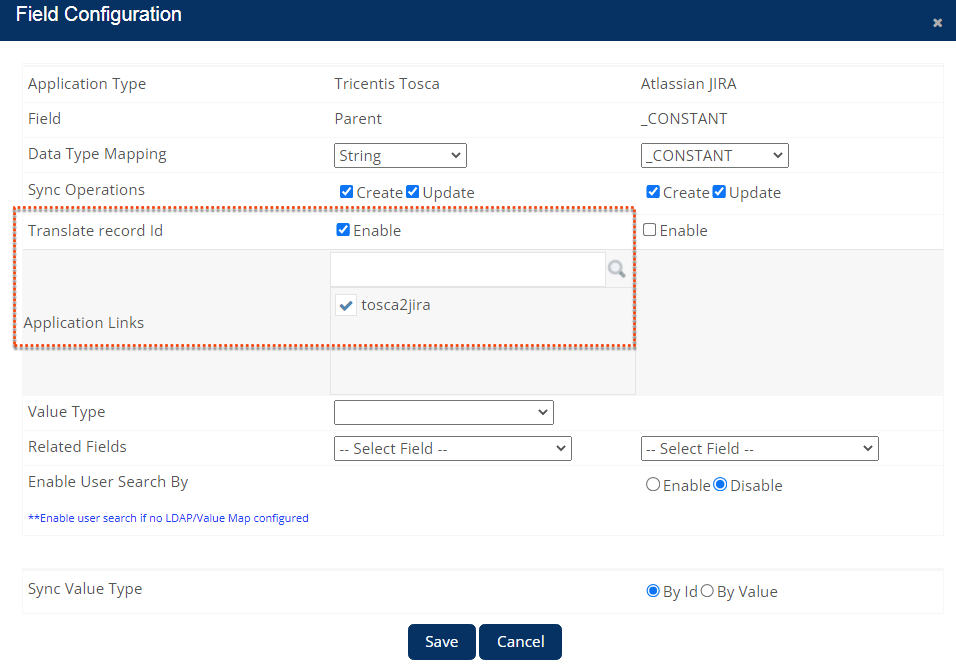 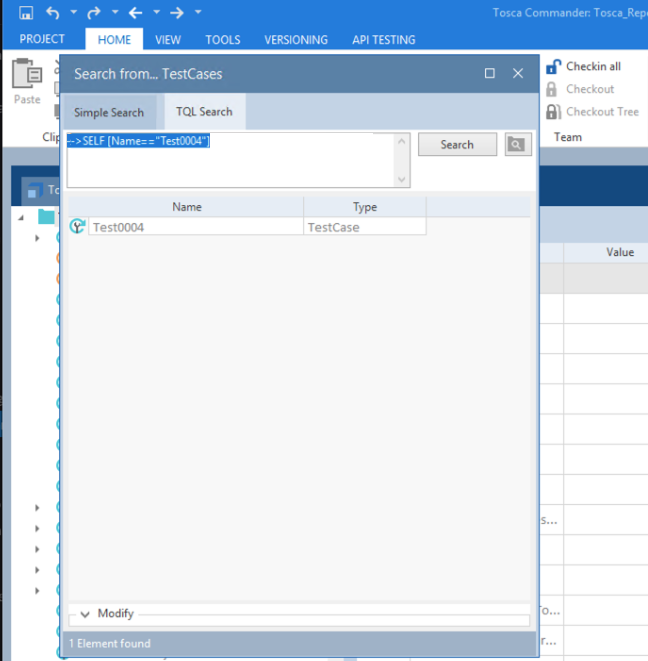 When using a Tosca record in an automation, you may face a couple of issues that may require you to implement certain workarounds. We have discussed below, the issues, the scenarios leading to those issues, and the workarounds that you can implement.

Scenario: A ConnectALL automation is trying to synchronize a Tosca record, but that Tosca record is open in the Tosca commander. As a result, synchronization fails.

Scenario: You are unable to open a Tosca project (in the Tosca Commander) when the automation (in ConnectALL) is attempting to synchronize a Tosca record in that same project.

One way to work around this issue is to temporarily disable the automation in ConnectALL.  This releases the lock on the specific record. As the lock is released, you will be able to open the project.

Here is another suggested workaround:
Create two projects in Tosca Commander with a shared folder structure (say, Project1 and Project2). In short, you will be cloning a project. In the ConnectALL automation, use ‘Project1’ (this project will be used when the synchronization is attempted). If you have to verify the project or change any details in ‘Project1, open ‘Project2’ in the Tosca Commander, and make the necessary changes and ‘Project1’ will be updated as they are both cloned.