You will need the below details to create the SAP Solution Manager connection: 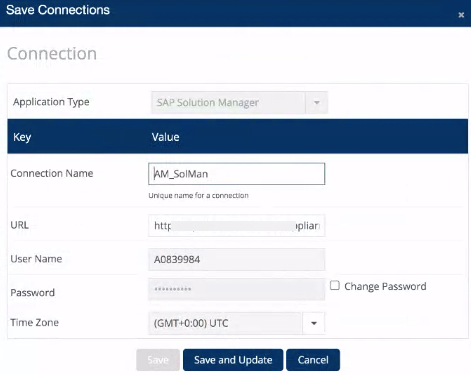 Note that ConnectALL supports only the standard set of fields common for all the processes. Also, if you select the processtype as Change Document (as shown in the image), you have to select one of the options from the drop-down list ('true' or 'false') in the isChangeDocument field.

If you want to add more custom process types (YDCR & YMPR) as shown in this adjacent image, you can add them by going into the Manage Connections  screen and providing the respective process type’s key in the Connection Advanced Properties screen. This is explained further below.

To add more custom processes (so they can be available as an artifact type on the Entity Mapping tab.),

A typical field mapping between Atlassian Jira and SAP Solution Manager is shown below:

ConnectALL allows you to establish a relationship between the parent-child entities such as RFC (Request for Change) and CD (Change Document). Let's say you have an SAP SolMan <–>Jira automation. Assume that in Jira, you have a User-Story and its sub-task. Further, in SAP SolMan you have Request for Change and its child entity, Change Request. In such a scenario, for the record synchronization to happen between the parent-child entities of both the applications,

In the second automation, map any text or hidden field (in Jira) with the 'Scope Description' field (in SolMan) as shown below.

ConnectALL's SAP adapter is capable of handling multi-status transition. You have to enable multi-status transition (image 1) in the Connection Advanced Properties field (Connections>Manage Connections>Connection Advanced Properties). Only if you enable, the MultiStatus option will be available to be selected and will be visible as one of the options against the Data Type Mapping drop-down list (image 2) in the Field Configuration screen.

Note: The inclusion of the last entry in the above image (CHARM_ITSM_UTILS_SERVICE_NAME)is essential for multi-status transition and for enabling Parent-Child relationship. 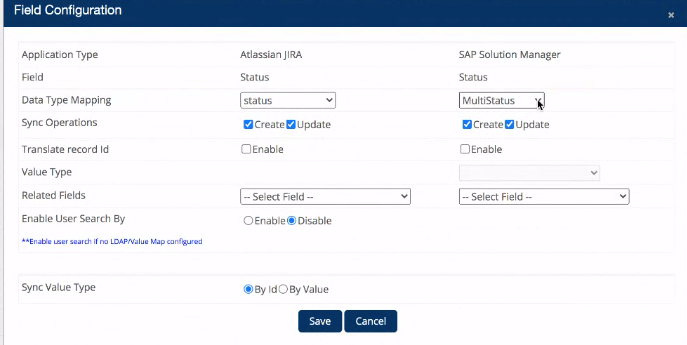 Comment Synchronization is supported in ConnectALL’s SAP adapter. As SAP has different field options such as ‘Description’, ‘Internal Note’, ‘Reply’ etc.., to enter a comment, these fields also have to be mapped separately while mapping. And this mapping is done using the Comment Visibility Mapping feature in the Value Mapping screen. While mapping, instead of mapping those field names, the IDs of the fields have to be selected. This is illustrated in the image. (Note that the respective field IDs are chosen in the Value Mapping screen using Advanced Value Mapping options to achieve comment synchronization.) 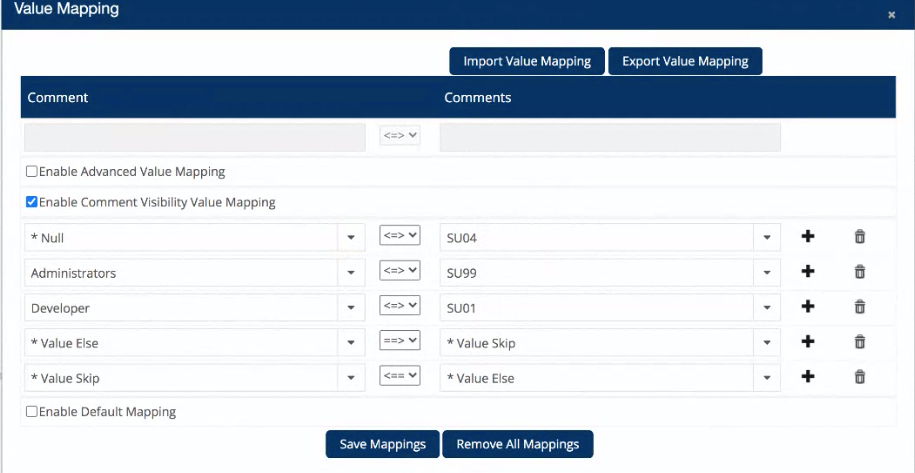 The SAP SolMan adapter allows you to sync URLs. When a _URL field is mapped, you have to activate the AGS_WORKCENTER service in SolMan to render the SolMan artifact URL correctly in the browser.

We have provided the flow filters here.