The Git connector is used to align a source code check-in with an issue in an ALM system providing traceability. An example flow would be:

The check-in information is great for non-developers like QA so they can see what (and how many) files were changed to solve a bug or implement a new feature. The information is also good for traceability to ensure a feature is in a specific release or to refer back to if the defect appears again.

Installing the Git Connector requires the installation of a trigger in the target Git instance.  For that reason, the Git connector cannot be installed on a SaaS version of Git. 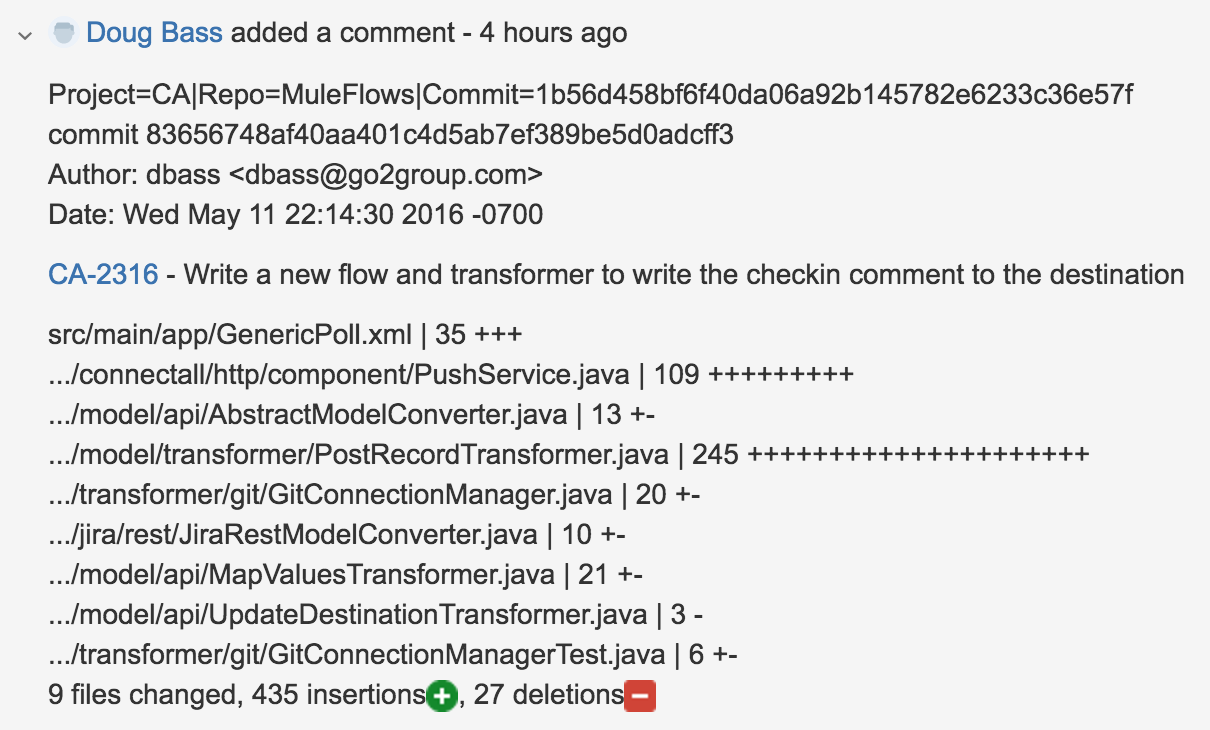 A check in comment can be stored in the issue in three ways:

To configure the git connector in the UI select Bitbucket and Jira then enter a unique alpha-numeric name. 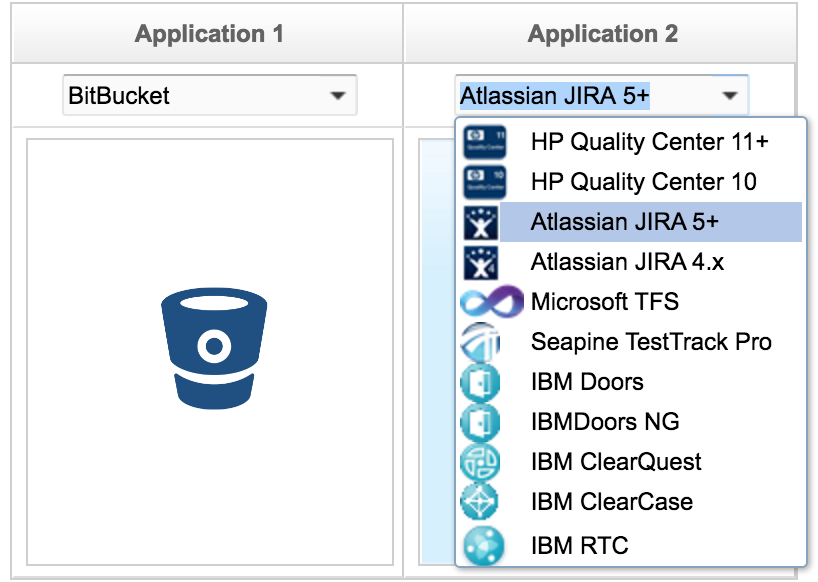 Then configure the URLs of the two servers:

Finally, select the field to put the change list in - either comment or a large text area custom field:

The script needs to be configured in two areas. The Stash project and repo that the script is installed in and the name of the automation you just made in the UI needs to be added to the script like this:

The variables to be set are:

The variables automation, project, and repo are important for the ConnectAll-Jira plugin. If the plugin is not used, these variables are not needed.

The last step is configuring the ConnectAll-Jira plugin. This is used to render the changelist in a Jira issue tab. The step is shown below. Keep in mind that the variable must be set to "Only".